Introduction -
Dutse is the capital of Jigawa state of Nigeria. The state was created in 1991 during the military regime of General Ibrahim Badamasi Babangida. Dutse (Dutsi,in earlier notes) got it name from the rocky topography peculiar to the area. Different forms of rocks can be seen widely spread across the town. Mostly igneous in nature, the rocky town got it name from this naturally endowed resources, Dutse (Hausa term for rock). 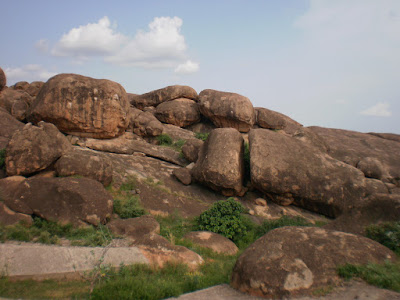 Dutse and its environ are well known for Date Trees (Dabino) of different variaty. The area is characterised with undulating topography and hilly walls. The name Jigawa (from Jigayi) is attributed to such topology. Peculiar to the North-Western states, the population of Dutse are predominantly Hausa and Fulani. With availability of agrarian land, the inhabitants of Dutse are predominantly farmers; other occupations typical to rural area are also available among the populace.

The emirate of Dutse -

Popular in Nigeria and particularly northern Nigeria, Dutse is being ruled by an emir and supported by four tiers of rulers at different levels: Hakimi (the head of a district, typically a local government), Dagaci (head of a ward) and Mai-unguwa (last in the hierarchy). The present emir of Dutse is his eminence Alhaji Nuhu Muhammad Sanusi. Out of the 27 Local Governments in Jigawa state, Dutse emirate has a total of 7 Local Government comprising of [[Dutse]], Birnin-Kudu, Buji, Gwaram, Jahun, Kiyawa, and Miga. This is also the senatorial district of Jigawa central. Dutse Emirate shares boarder with Kano State to the west, and Bauchi state to the east.

It was reported (informally) that when Shaik Usman Bin Fodio (Mujadaddi) granted flags to some districts/states, as clearance to wage jihad and fight under his leadership, the then rulers of Dutse (Mussa and Salihi both being Fulani) travelled to Sokoto (where the Mujaddadi resides) and requested for such flag. Unfortunately no flag is available and the Mujaddadi consoled the two to come back with the consolation that a time will come when they will have their own independent state. This is being attributed, by some, to the status of Dutse as the state capital. The seat of the emir, Garu, is located in a hilly area with natural fortification. High mountains and shallow holes besieged the area with only one entrance that is heavily guarded against invaders (in the days of yore). This has made the residents of this area well protected from external threat and have the advantage of viewing approachers (and perhaps take necessary action).

The agitation for the creation of Jigawa state was chaired by Malam Inuwa-Dutse, former commissioner of Agriculture and Natural Resources in the old Kano State (comprising of present Kano and Jigawa states) during late Alhaji Audu Bako governoship. It started in the late 70’s but it was curtailed as result of military coup. There was renewed interest at different times since the first call. When the call for states creation resurfaced in the late 80’s, Jigawa people were not hesitant to lent their voices. Fortunately, the victorious moment came in the early 90’s (August, 1991, precisely) during the military regime of President Ibrahim Badamasi Babangida. Although the call for state creation was won, majority of the constituting local governments submitted in the original report for the creation of the state were phased out and new ones were introduced. Some of the areas left out include Albasu, Ajingi, Wudil, Sumaila, Kachako and Takai. Only few among those that agitated for such state creation were actually in the New World (Jigawa state, Tarin Allah as a common slogan for the state).

Presently, there is Federal University Dutse, Research Institute for Date Palm (Sub-Station) and state polytechnic in Dutse; School of Nursing and Midwifery in Birnin-Kudu. In addition to these, there are a number of public schools spread across the senatorial district.